The position value in CSS deals with layout and manipulating elements to be in your desired visual place. There are only the five values shown above, and really only three since static and inherit are fairly rarely needed for this property.

Element’s original position (as if it were static) remains in the flow of the document. But now left/right/top/bottom/z-index do work. The positional properties “nudge” the element from the original position in that direction. 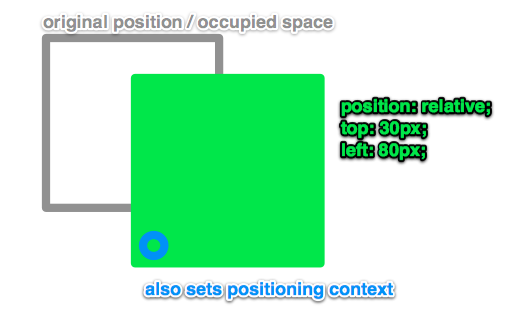 Element is removed from the flow of the document (other elements will behave as if it’s not even there). All the other positional properties work on it. Essentially you are able to declare the exact position you want the element to appear. 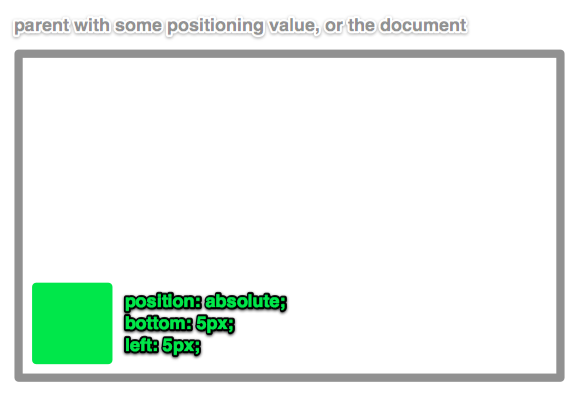 Element is removed from the flow of the document like absolute positioned elements. In fact they behave almost the same, only fixed positioned elements are always relative to the document, not any particular parent, and are unaffected by scrolling. It’s usually used to provide a persistant visual element, like navigation bar that is always visible.

The position value doesn’t cascade, so this can be used to specifically force it to, and inheritthe positioning value from its parent.